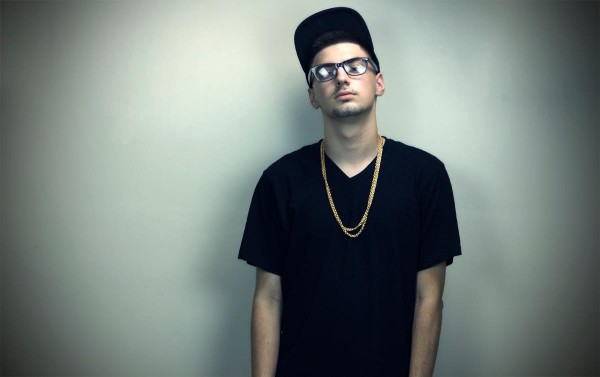 Remember what we said about D!RTY AUD!O‘s episode of RG Radio? Well, it proved to be just as dirty as we thought it would be. Talking about raw talent, DA of Los Angeles continues to surprise and excite fans with his irresistible productions. Pick your favorite genre and Andrew will probably have at least a handful of tracks for you. We firmly believe in supporting local talent, and we hope the best for this young producer. See what he had to say after the jump!

RG: Yo Andrew, thanks for answering some of our questions! When did you first get involved with music?
DA: My pleasure, thanks for having me! Well I’ve always been involved in music, but about 6-7 years ago, I actually started as a Hip-Hop DJ, playing at house partys, weddings, etc. Eventually, my cousin introduced me to EDM, & I fell in love with it. At that point, I wanted to become an EDM DJ, & play at festivals, clubs, concerts, etc. Just about a year ago, I realized I had to start stepping up my game to get bigger, so I started producing my own music!

RG: Are you a producer first and a DJ second? Or do you believe that they MUST go hand in hand? What venue would you love to play at most?
DA: Well, considering that I started out as a DJ, I think they must go hand in hand. I always loved spinning for large crowds, even before I got into producing. Though, seeing people dance, smile, and just go crazy to my music is an even better feeling than seeing them dance to music others produced. There are actually a lot of venues I’d love to play at, such as the Palladium in LA, the Los Angeles Coliseum, the bigger the better! Hopefully someday I’ll get the chance to play at one of those venues.

RG: How has it been living in LA with the currently booming EDM scene?
DA: Living in LA has actually made a large impact on the way I DJ and produce. Considering the fact that EDM is taking over here, it’s inspired me to have a unique style since I hear almost all the same songs & sounds at most clubs and events here. In my opinion, Electro/House is getting a little too over played here though, which is why I turned to Moombahton. It’s new, fresh, fun, and sexy haha. I love how it’s not played out yet, and there aren’t too many DJs and producers in LA who make Moombahton.

RG: Who are some of your biggest influences?
DA: I have a lot of influences, but I’d have to say Afrojack, Swedish House Mafia, Munchi, Dave Nada, R3hab, and Laidback Luke. Listening to their tracks always inspires me to make some new music.

RG: What is your favorite DAW to produce with these days? Do you prefer software or hardware?
DA: Well, after trying out a lot of different DAWs, my favorite is FL Studio. I think it’s the easiest to work with, and it has a lot of basic features that a lot of other DAWs don’t have. A lot of people hate on FL Studio, but in my opinion it’s producer > DAW, the end product will sound the same, it’s just software. I actually use both software & hardware, but I think it’s easier to work with just software, since it’s quicker and easier.

RG: Your music is diverse and you don’t stick to just one genre. If you had to narrow it down, would you prefer to produce Electro, House, Dubstep, or Moombahton (essentially, which is your favorite)?
DA: If I had to narrow it down to just one, I’d probably go with Moombahton, since it’s my favorite to produce & listen to. It’s a lot newer than Electro, House, and Dubstep, and it’s just going to keep growing & growing.

RG: How did you decide on D!RTY AUD!O, other than the obvious fact that your sound is dirty?
DA: Haha, well I originally started out with the name DJ Drew, but I eventually found out that name already existed, and I wanted something more unique. I thought for days, and I thought Dirty Audio would sound dope since I started out making hard Electro, so I added the “!”s to make it a little more unique.

RG: If you could collaborate with one artist, who would it be?
DA: I’d have to go with Afrojack, since he’s one of my biggest inspirations. Hopefully someday we’ll get a chance to work together!

RG: You have over 2,000 followers on your SoundCloud and a seemingly loyal fan base. What is it that people like so much about your tunes?
DA: I think it’s the fact that I try to make my music as danceable as possible. Usually when I work on music, I listen to the song over & over again and imagine it being played to a large crowd of people, and if I can’t picture people dancing to it, I’ll start over with a new idea. It takes days, and sometimes weeks to get things sounding the way I want them to, but in the end it’s worth it.

RG: Are there any releases coming up that you are excited about?
DA: Yes, actually! I have a bunch of new tunes coming out on my label “Grindin’ Records,” which I’m really excited to launch. I got some collabs in the works with gLAdiator, Aylen, :Dface, and my newest signed artist to my label, Barcode. My remix for “Disk Hoez” by Mad Villains is out on Beatport, iTunes, etc. on December 14, through Club Cartel Records, which I’m pretty excited about. Also, I’m working on some new Moombahton for El Cuco Recordings, and for a few compilations, which I can’t really mention much as of now, but it’s going to be huge!

RG: Finally, we always like to ask what your ideal alcoholic beverage would be to start the night!
DA: Haha, I like to keep it simple, I usually stick to Vodka!

RG: Thanks again for speaking with us and we wish you the best of luck!
DA: Thanks for having me! Means a lot, hope to work more with you guys soon!