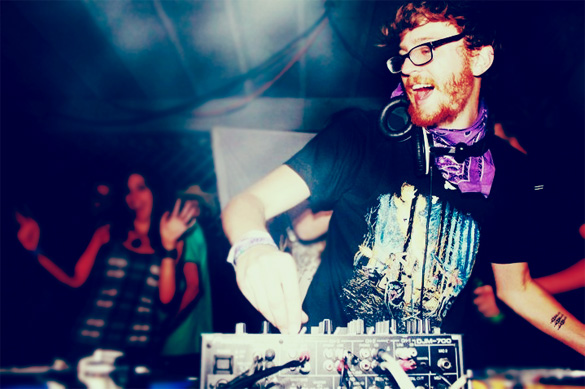 We recently had the chance to chat with dubstep tycoon Minnesota, a producer of which we are avid fans (and for good reason). His productions are on point. Don’t believe us? Feel free to browse his highly-populated SoundCloud page and start picking out staples for your dubstep sets. If you need a push in the right direction, check out our artist spotlight post. Find out a little bit about him, as well as what his plans are for this year after the jump!

So, tell us a little about yourself…how old are you, where were you born and where does the name Minnesota come from?

My name is Christian Bauhofer, I was born in Berkeley, CA, grew up in Minnesota, and now I live in Santa Cruz, CA, where I have been for the past 5 years. When I moved to Santa Cruz the friends I made started calling me “minnesota,” and when I started djing/ producing I couldn’t think of a cool DJ name, so I just started going by minnesota. My plan was to think of a different name eventually, but I never could and at this point it would be hard to do a name change, so I’m sticking with it!

You have a huge following on Soundcloud and Facebook and we’ve heard that some huge artists have rinsed out your tracks in their sets. Who are some of these artists, and when did you realize that they were recognizing your tunes.

Yea, it’s really cool to see and hear about artists who I have been huge fans of for a while drop some of my songs. Artists like Bassnectar, MiM0SA, and PANTyRAiD were some of my first exposures to bass music and to hear them dropping my tracks blew my mind when it first started happening. I honestly did not have that much confidence in my music until I heard that some of the bigger names were supporting my tunes. After having some bigger names support my tunes, I feel a bit better about my productions, but I am still not super confident.

With 2012 ahead, what are some projects that you have lined up? Any collabs? Rumor has it that Bassnectar is really into your tunes. Any chance of working with him in the future?

Well yeah, the support Lorin has showed me is mind blowing to me. He is by far the busiest guy I know, but he still takes the time to check in give me feedback on new tunes. But yea, I don’t want to go into details quite yet because nothing is 100% until it actually happens, but I am working with him on some stuff right now. Really stoked on that cause I really look up to the dude… In my opinion he has changed the whole game. His shows are much different and much more than any regular DJ set. His shows have more of a festival experience rather than the experience of a typical show.

How does your tour schedule look in the next few months? Will you be spending most of your time in the studio or on the road? Whom will you be touring with?

Well I have all of January and February which is really great so I can spend some time in santa cruz with my girlfriend and friends, and a lot of time in the studio. I am working on my next release as well as a ton of new material for my live shows. I start touring again in March, and will probably be touring hard until burning man at the end of August. I’m doing another 3 dates with Big Gigantic, and after that I will be playing a ton of festival and a bunch of solo and supporting shows.

Also, we just got huge news that you will be behind the decks at Coachella this year in the Do Lab tent. How big of an accomplishment is that for you? Did you ever think that you would get the chance to play at arguably the worlds’ largest music festival? Who are YOU most excited to see at Coachella?

Yes! not totally sure I am supposed to announce that one yet, but probably not a big deal. I am so incredibly stoked to be playing with the Do Lab at Coachella. Coachella was one of the first music festivals I went to (09), and I have been to many events where the Do Lab was present. The Do Lab peeps are also taking the whole thing to another level, the stages they create are unbelievable. As for the lineup, I am most excited to see M83, The Head and the Heart, and Modeselektor.

Finally, what’s in store for Minnesota in 2012, what can we expect as fans? Do you have any exclusive residencies, or special shows that you want our readers to know about?!

My main goal is to take my producing to another level. I feel like last year I rushed a lot of stuff as I will still pretty new to producing, so this year I am really focusing on only putting out my best music.

As for shows, I am really excited about the festivals I am playing. I absolutely love music festivals and to actually be playing a bunch of them this year is very exciting for me. I think we have 8 booked so far including Snowball, Electric Forest, and Summer Camp Festival.