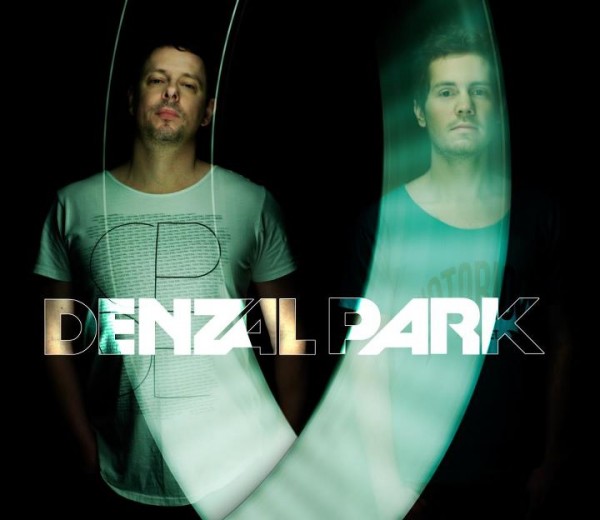 The tag team production duo consisting of Kam Denny and Paul Zala, otherwise known as Denzal Park, are two of the most underrated producers around. Don’t get us wrong. Since 2009, they’ve had multiple platinum records, won dance music awards, been featured on Ministry of Sound’s compilations, and have notable remixes for the likes of Dirty South, Avicii, Full Intention, Kylie Minogue, Wynter Gordon, and Kelis. Needless to say, these Australians are very talented. They play some of the biggest music festivals, yet we don’t hear much about it here in the States. Their trademark concoction of euphoric melodies is part of the reason why we like them so much. Most importantly, they have an uncanny ability to transform any tune into a stadium-ready essential selection for any DJ. “Nammos” is one of our favorite originals from the group and showcases their knack for creating contagious melodies. Axwell seems to agree with us, as he has made it a staple in his sets. We’re very glad to have been able to speak with them. Find out what they had to say after the jump!

Thanks for speaking with us! How did you get the name Denzal Park? Dare we say it has something to do with both of your last names?

Yes! We just grabbed our last names, (Denny and Zala) and mashed em up, and the word Park seemed to go nicely on the end!

Do people often think that Denzal Park is just one person?

Yes actually, not surprisingly though, considering the slightly differently spelled “Denzel” is a well-known name – sometimes we have people jump on Twitter and say “Love your new track, dude!”

When did each of you first start producing dance music? How did it all start? Did DJing or Producing come first?

(Paul) About 4 years ago when I started working with Kam I was really just getting started, he’d been producing for a good decade and DJing for even longer, so he definitely started  from the DJ side as most do. I love playing but have always found my inspiration comes from creating the music.

You guys have said that you produce with a combination of FL Studio and ProTools, each of you providing your own specialty. Is this still the case? Are you more hardware or software based?

This is true – we find the combination to be extremely well-fitting, FL is great for putting down ideas really quickly but once you need that high-end audio processing and mixing power, there’s nothing better than Tools. We have a way of working where it doesn’t cause too many inconveniences.

Who are some of your biggest inspirations and influences? Do you remember the first record you ever purchased?

Strangely a lot of our biggest influences come from outside dance music, Radiohead, Bowie, the Beatles, we love finding ways to bring amazing moments or memorable melodies into club music, where often the focus is on energy and vibe.

Australia has shelled out some big names in the past, such as Dirty South, Hook N Sling, Tommy Trash, TV Rock, and Feenixpawl. Is there an Australian producer you’d love to collaborate with?

There is some great stuff coming out of Australia at the moment and anyone who is doing a more international sound now tends to look for options outside the country when signing their records, which is great as DJ’s and blogs are paying us more attention these days. We do prefer to put out tracks on our own but you might see a few collaborations coming your way soon 🙂 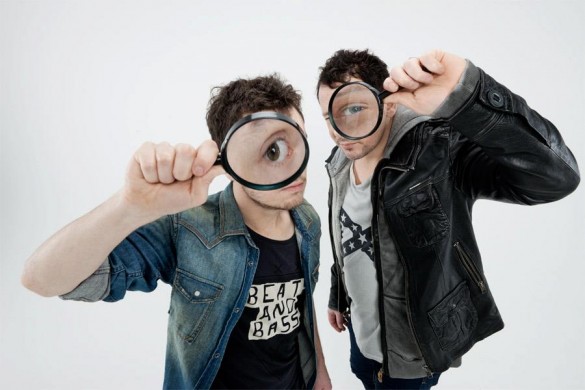 As you’ve progressed through the years, your sound has continuously changed, from “I’m A Drum Machine” (which was used in the FIFA Street trailer), to progressive anthems like “Nammos” and your most recent big room remix of Martin Solveig’s “Big In Japan.” What track did you enjoy working on most? Which is your favorite of the bunch?

We really enjoyed the “Big In Japan” remix, anything that comes together really quickly and almost automatically is great fun to work on. Sometimes when we first hear the original song we just know what has to happen and the producing is just a process of getting there. We recently finished a new single that felt really good to work on… looking forward to it coming out!

Tell us a little about your upcoming Ministry of Sound tour, Clubbers Guide to 2012.

The tour has been great so far, we’re visiting pretty much all of our favourite places to play around Australia in a short time, keeping us nice and busy! The only downside is that we don’t get as much time to hit the studio!

What’s the funniest thing that’s ever happened to you at a show?

The loss of clothing. The less detail the better.  😉

Favorite place to play? Anywhere you’d love to play at but haven’t yet?

Every club has something to offer, but in Australia we particularly like playing the bigger rooms where our sound is very suited. Lately we have done some Asia shows as well that have just been amazing. We’re looking forward to hitting Europe/UK later this year and we’re really hoping we can fit in time to head over to the States as things seem to be getting crazy over there for dance music!

Is there anything you really love listening to at the moment that you could recommend? Any tracks you are dropping in every set?

Some of the amazing melodic European prog stuff misses out on a chance at being played over here so we try and fit as much in to our sets as we can. We’ve been really pushing Ivan Gough and Feenixpawl’s amazing “In My Mind”. There are some guys really starting to make some noise in the Beatport Prog charts that we’re supporting at the moment too.

Any exciting upcoming releases you can tell us about?

We have one we’ve just finished that we’re quietly excited about, should be out over the next month! We’ve got a lot of projects for singles on the go that just need finishing off, and we’ve rounded off on a few remixes that are coming out over the next month or two as well! We’ve been receiving quite a lot of remix offers lately so we’re looking forward to diving in and working on them.

Finally, we always like to ask, what is your ideal alcoholic beverage to start the night?

A Corona will usually do the trick!

Thanks so much for taking the time to chat with us! Hope to see you in the States very soon!