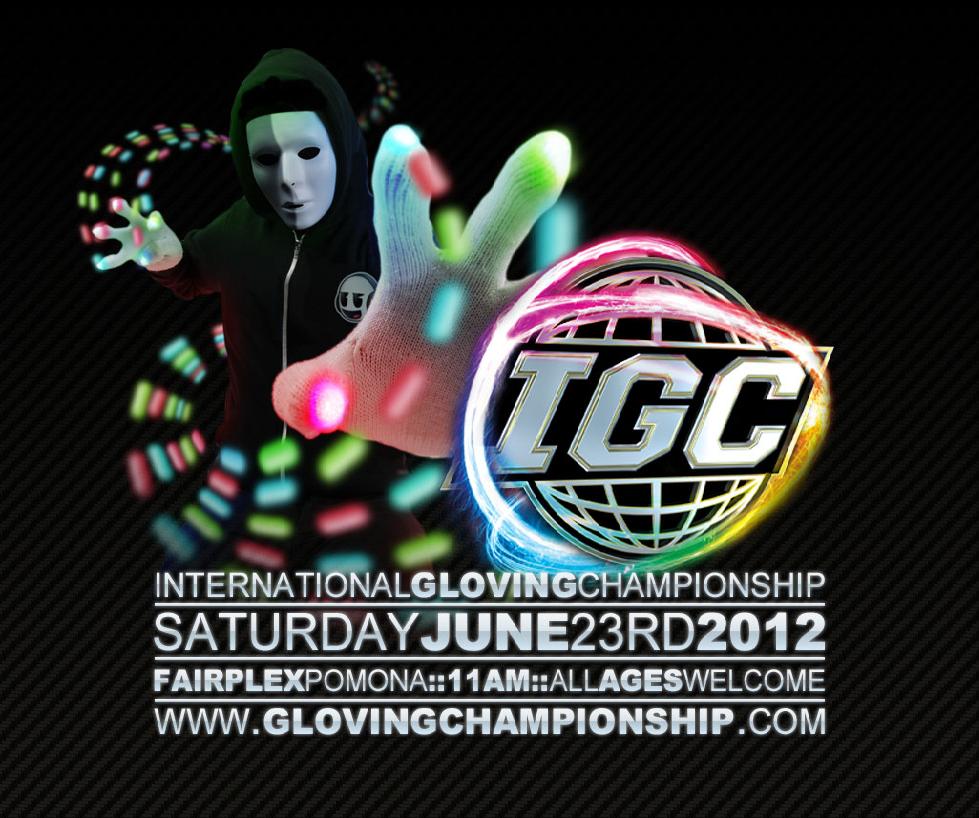 Many people’s perceptions about gloving have been influenced more by its underground roots than by its capacity for self-expression – but EmazingLights is working tirelessly to fix that. Gloving first appeared in the LA dance music scene around six years ago as a naturally evolved union between dancing and the LED lights that our digital generation loves so much. Since then, thousands of electronic music fans have discovered gloving as a limitless medium for expressing how our music makes us feel. Anyone who has seen a choreographed doubles lightshow knows there is so much more to the art of gloving than just flashing lights. Keep reading after the jump to learn more about the 2012 International Gloving Championships!

In early 2011, Insomniac and other promoters undertook efforts to make festivals and concerts safer. One of these initiatives, dubbed “Get up and Dance,” argued that everyone would be safer if groups of people didn’t sit down in the dance floor area. Gloves have been banned inside Insomniac events since these reforms, but we are happy to report that the gloving community has continued to grow and thrive independently. Last year, EmazingLights hosted the first annual International Gloving Championships, with over two thousand in attendance. IGC is the culmination of EmazingLights’ efforts to create a safe, fun, and welcoming environment to foster the competitive side of gloving, while at the same time showcasing the art to the whole world via YouTube. Some of their gloving videos have reached over two and a half million views.

On June 23rd, EmazingLights will again be promoting the art form by putting 400 of gloving’s most creative minds head-to-head at the second annual IGC. Artists will compete in one-on-one matches, judged on technique, transitions, cleanliness, originality, and musicality. After six rounds, the top 32 contestants receive prizes and move onto single elimination playoff matches. DJs will be performing throughout the event, with DJMag’s #48 DJ in the world, tyDi, playing after the winners are crowned. If you want to compete, sign up HERE today, as the event is almost full. If you’re new to gloving and worried you can’t hang with the competitors, you can attend as a spectator and get a front row view of the action. Spectators are free to roam around the event and mingle with the contestants, and are encouraged to bring their own lights. This is your chance to meet the artist behind your favorite youtube lightshow, and experience everything that gloving has to offer. The competition starts at 10 am, and the after party runs from 8-12. Check out their website HERE for more info, or get your tickets HERE and we’ll see you there!