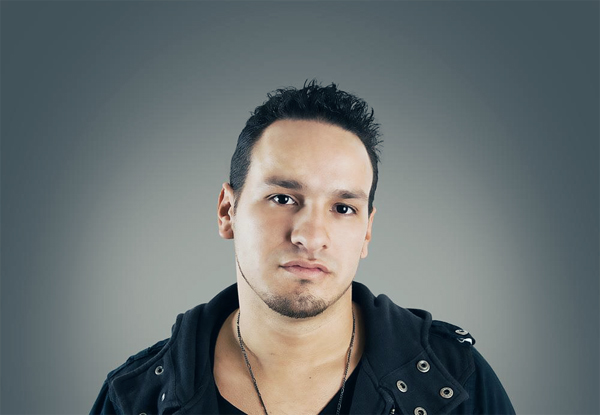 March has certainly been an eventful month for everyone with the conclusion of Ultra Music Festival, SXSW, and the continuation of WMC. We recently had the chance to catch up with Columbian DJ and producer David Solano. Now a Miami resident, he has received support for his music from top artists all over the world including Tiesto, Sander van Doorn, and many more. Later next month, David adds to his busy schedule by embarking on the 2013 Life In Color Tour, bringing some of the best music to the industry’s best paint parties. His collaborative track with R3HAB “Do It” was named the official anthem and is set to be released early April. Read the full interview after the jump!

You were born in Columbia correct? When did you decide that you wanted to move to Miami?

I was Born In Bogota, Colombia. I decided to move to Miami when I was 15 years old.

Is it a strange feeling knowing that people from all over are traveling to Miami for this “electronic music paradise” when for you it’s just like stepping into your backyard?

Lol I think its awesome! I love to see EDM bringing people from all over together.

WMC is right around the corner and you have already been booked for several events. Which show are you looking forward to the most?

I’m actually very excited for all the shows but if I was to pick 2, I would say Juicy Beach and the R3hab and Friends Pool Party. I’ll be playing with a lot of good friends so it should be a blast!

You are the resident DJ for Life In Color’s ‘Rebirth Tour’ (formerly Dayglow). What is your favorite aspect that is unique about paint parties? What makes them so special?

I think the production in this event is unbelievable, the LIC guys spend so much time making sure it’s perfect and always want to deliver the best show to every city. This is why I think these guys are special.

The response for your new collaboration “Do It” with R3HAB has been immense. It is also the official anthem for Life In Color 2013. How did you enjoy working with him?

Yes. Working with R3HAB has been a complete experience. He is such a unique person and artist, it’s awesome. I learned a lot from him.

Your music has received support from names like Tiesto, Bingo Players, Sander van Doorn, and the list goes on. Not to mention, you’ve worked with many of the top labels in the business. What’s that like?

It’s truly amazing, I’ve watched these guys for so long and now they’re playing my music. It is truly a unique feeling, like a dream almost.

In terms of producing, do you prefer software or hardware?

I prefer software. To be honest, I think most hardware can be recreated with software plug-ins. Yes, hardware has a more “in your face” sound, but if you’re a good producer you should be able to achieve that same sound with software, no problem.

Favorite piece of equipment that you couldn’t live without?

Software I would probably say EQ. I think it is the most powerful production tool. I use at least 2 or 3 EQ’s on each sound. As far as hardware, nothing really. Maybe my USB sticks lol.

Which DAW do you find works best with your workflow? Why?

I use FL Studio for Production, but I also use Logic for things like podcasts and recording vocals, etc. They both have their pros and cons, so I like to use both.

Is there anything special about the way you produce that makes it easier or better in your opinion?

I like to produce at night. Phones don’t ring. Less people bother you, so I’m able to focus better. Plus, the night has some special vibes and atmosphere that make me more creative for some reason.

What got you into music production? Have you always been a musician?

Yea, I had a band growing up. I used to write the music for most instruments, so I saw music production as a way of having my own band where I play every instrument.

What are some artists that influenced you musically, dance music or otherwise?

There are lots of artist that have influenced me. I like to listen to big productions like “Yianni” and I also love bands like the Chilli Peppers and Coldplay. There’s a certain atmosphere that these artists create in their music and that’s what inspires me the most. Even really heavy stuff like In Flames or Children of Boddom have had an impact in my music.

Is there one producer whom you greatly admire and would love to collaborate with in the future?

Yea, I would probably say Axwell, his productions are just incredible. Making a track with him would definitely be a dream come true!

Do you prefer DJing or producing? Which do you enjoy doing more?

Definitely Producing. DJing is very fun but there’s nothing like making tunes.

I would say the LIC anthem “Do It.” It was a complete experience I definitely learned a lot from it.

Lastly, we always ask, what is your favorite alcoholic drink to ensure a wild night? 🙂

Haha.. I’d say a good whisky. I actually don’t drink whisky when I play because I tend to get to wild on it lol.