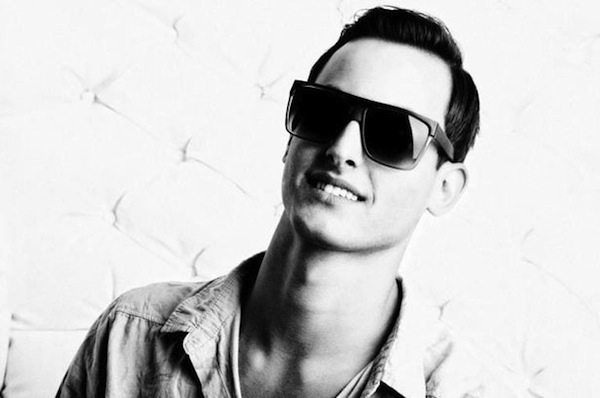 California native Mackenzie Johnson, or MAKJ on stage, has had no downtime since the onset of his new career as a music producer and DJ. Starting from a young age, he traveled often for his previous profession and was exposed to the various musical stylings in nightclubs at the time, gifting him with a vast knowledge of dance music and DJ techniques. Back in the States, MAKJ apprenticed the late DJ AM, who is world renowned for his scratching skills.

Fast forward a little bit, and Mackenzie is getting his bootlegs and mashups played on Hardwell and Tiesto’s radio shows, exploding his career forward at an exponential rate. This year, he has releases lined up on Hardwell’s Revealed Recordings label, the Bingo Players’ Hysteria Records, Nicky Romero’s Protocol Recordings, and Robbie Rivera’s Juicy Music, not to mention continuing residencies in Vegas and bookings at top festivals. We had the chance to ask MAKJ a few questions this week, so catch the full interview after the jump! Also, don’t miss him headlining the Yost Theater in Santa Ana this Friday with Henry Fong!

So you were a professional racecar driver in China at a young age? What made you give that up for music?

I got too tall haha, but it also showed me the light of DJing, I was in living in Macau and went to a club called “Today & Tomorrow” and DJ Qbert was actually spinning at the time. I walked in and was blown away with what he was doing to an AC/DC song, blending it with a groovy house tune. After that I came back to the States and bought myself some Technic 1200s.

Though a native to California, you’ve practically toured the whole country at this point. Do you have a favorite venue or city thus far?

Santa Cruz! A small and very intimate club called “Motiv.” But when I really need my mini rave fix Avalon in Hollywood does the trick.

Originally, your unique bootlegs and edits hit the airwaves like candy – everybody wanted some. Hardwell was an especially big fan. Are you constantly thinking of new ideas for novel edits?

Always! I listen to classic rock and other genres to get more ideas everyday. As an EDM producer you have to go back to the roots and listen to other stuff besides club music to really get your brain working creatively.

Speaking of Hardwell, rumor has it that the collaboration between you two that we first got hit in the face with at Ultra Music Festival is getting a release soon. Can you tell us a little bit about it?

As of right now all I can say is that there is a collab, and yes he played it at UMF : )

What is your favorite track (original, remix, or bootleg) to have worked on thus far in your career?

My Trinidad James remix for sure. Bringing hip-hop and house together is the best way I can show my hip-hop background and my creativity.

In the studio, do you prefer software or hardware?

Universal Audio stuff, the best bang for your buck.

Which DAW do you find works best with your workflow? Why?

Logic, cleanest and smoothest for me.

You mentioned that you started on Technics at a young age. Have you gone digital now?

Is there one producer who you would love to collaborate with in the future? What aspect about their work do you envy?

The Talking Heads. I would love to do a “Re:Generation” thing with them.

What are some artists that influenced you musically, dance music or otherwise?

The English Beat, their modern 80’s pop was very influential too me.

Do you prefer DJing or producing? Which do you enjoy doing more?

DJing, not a lot of people know I can scratch so going to gigs and blowing peoples minds by scratching a couple loops over my tunes, people loose it.

Favorite food while you’re on the road?

Fruit! I’m a big health head. I was raised by supper vegetarians, a good bowl of fruit always does me good.

Lastly, we always ask, what is your favorite alcoholic drink to ensure a good night?

I’m a debbie downer when I play. I try staying away from the booze when I’m playing but when I’m just out with the boys I always choose Dos Equis.