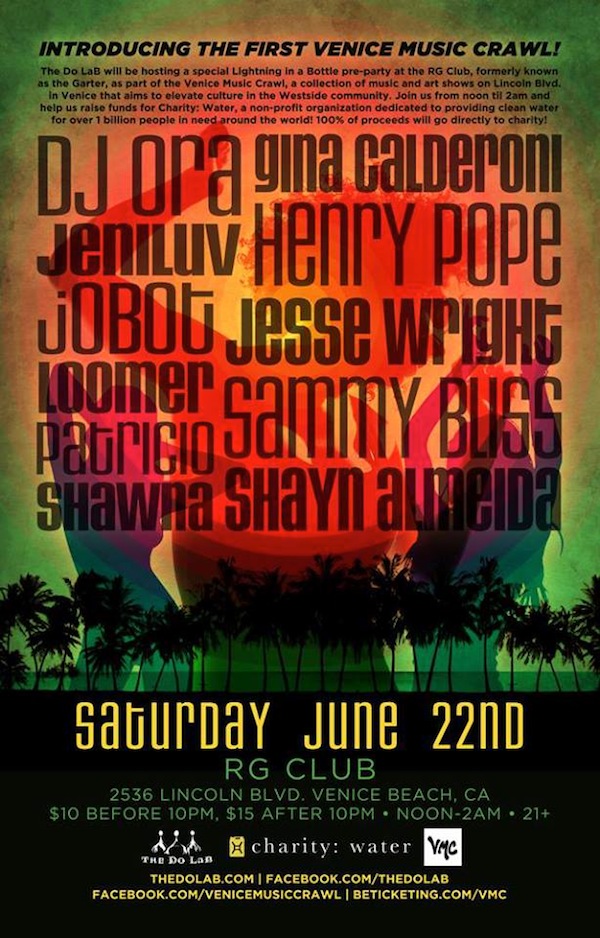 As bright blue skies welcome the summer season back to California, the anticipation for Lightning In A Bottle 2013 grows. With just under a month left, eager attendees have already started their yearly preparation rituals to get in the groove. The Do LaB has announced two official LIB pre-parties this weekend in San Francisco and Los Angeles, on June 21 and 22 respectively. Individual event details are as follows:

We’ll be covering all of Lightning In A Bottle from start to finish, so don’t forget to grab a sticker and say hello! Grab your tickets now before it’s too late.